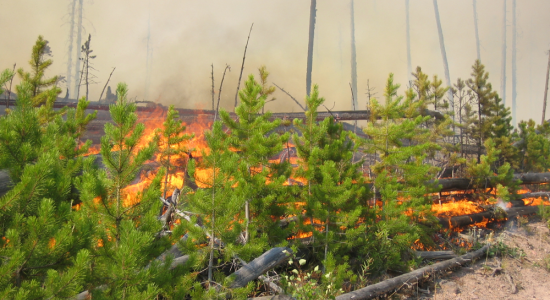 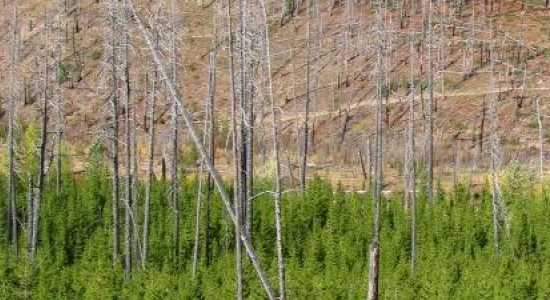 Increasingly, land managers need to understand the interactions of fires, especially in instances where one fire burns into another recently burned area. This understanding helps determine the role of burn scars in affecting future fire spread. FireCenter researchers quantified fire-on-fire interactions in terms of frequency, size, and time-since-previous fire in three large wilderness areas in Montana and Idaho from 1984 to present using spatially consistent large fire datasets. The work showed that large wildfires generally inhibit the spread of subsequent fires, while small fires appear to have little impact on the spread of other fires. The limiting effect of large fires on small fires is potentially significant based on the number of cases observed. Results were published in the August 2012 issue of the journal, Fire Ecology.